The second album of Kielo Kärkkäinen, Keitä me olemme (Who are we?), is a tale of struggle and fear in the midst of longing for continuity. These neo-folk songs in Finnish are presented by a combination of a singer, two guitars and a tenor sax. The music echoes also traces of theatre music and jazz. 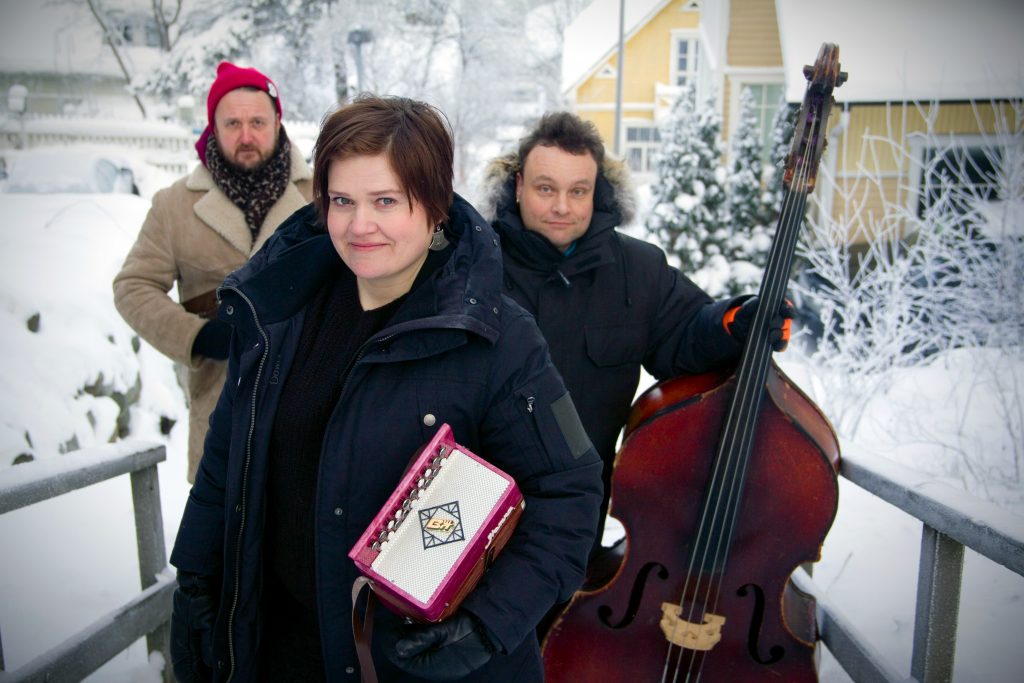 Anne-Mari Kivimäki & Palomylly will take listeners to a hypnotic tour along the highways and byways of Tavastia region. Anne-Mari Kivimäki is a freelance musician who’s created musical works of art around her Russian ”Notka” accordeon, a kind of accordeon trance. She won the title of the Artist of the Year in the first ever folk music gala in Finland. With Anne-Mari in the Palomylly Orchestra play also double base artist Ville Rauhala and Pekko Käppi, the shaman for jouhikko (a traditional Finnish three-stringed bowed lyre).